Scp-pharmacy.net Review: The Site Is Dangerous for Any Kind Of Business 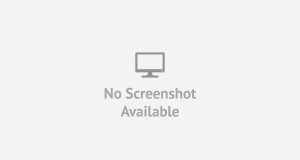 According to legitscript.com, Scp-pharmacy.net is a rogue internet pharmacy that has violated several Federal or state regulation or directives concerning the safe sale of medical drugs. According to scamadviser.com, the site has its operations run from countries recognized as high risk with regards to the sale of online products. The high number of mistrustful website links on the site’s server also makes a case for the rogue nature of the company. Having been set up less than a year ago, the site may be a new way by fraudsters to engage in illegal businesses. Such tactics are used by companies that do not have proper documentation. The site’s origin could be from four countries namely US, Netherlands, Ukraine and China. The ambiguity ed by such statistics only help to enhance the conviction that the company is indeed a fraud. Although few client replies have been tilted in favor of the company’s image, it is not hard to see why the company tries to conceal the real reason behind such a move. One Smith even goes further to allege that he placed an urgent order yet it took some time before the same could be delivered. Such are the traits of an unrewarding company.

The company accepts all payments done via MasterCard, America Express and Visa. As for the shipping options, the company uses Royal Mail, EMS, Deutsche Post as well as Registered Airmail. If a client wants to tract his/her, then two things have to be checked – the nation where the ordered product is being delivered, contacting the company’s support panel or even checking the condition from the site via the option Order Status. Still, many things need to be done so as to have better sales. They include:

Despite all the modes used by the site to project its operations as legal and morally correct, there are a lot of things that the site does not guarantee. Apart from client safety, it is also evident that the aims and mission of the site have been duplicated from another rogue site. It is not a wonder that the two sets of policies match. Having such kind of tactics in a vital business such as medical care not only helps the belief that the site is not only rogue but also a hazard in its operations. The site gets a rating of 1 star.